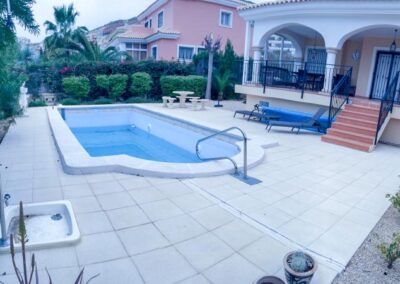 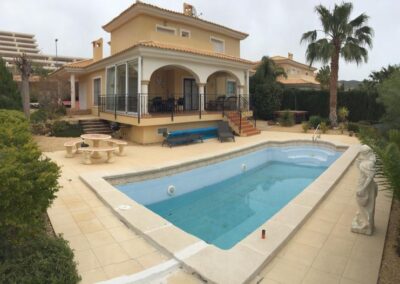 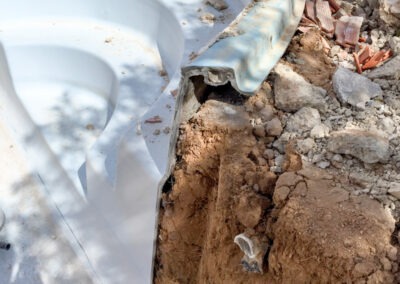 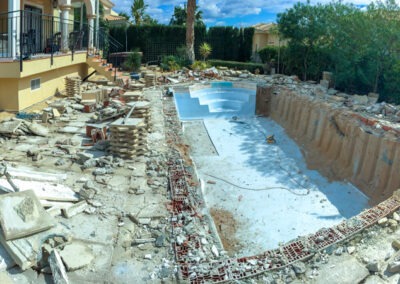 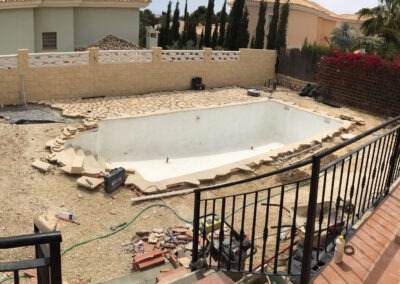 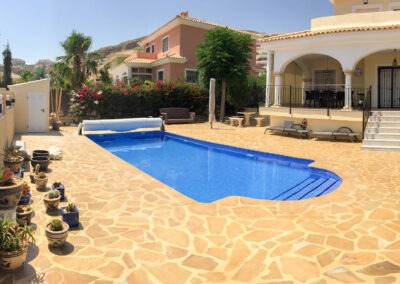 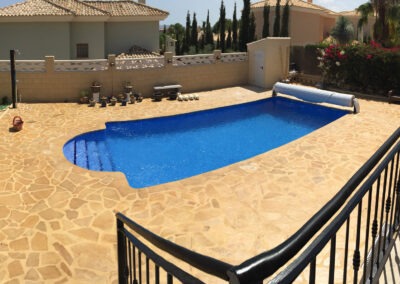 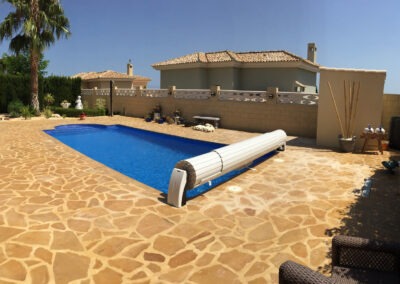 Our second project in the area, that involves changing the existing Fibreglass Swimming pool into a Concrete Pool.

Located in Bonalba Golf – Alicante, the client had major problems witht this pool, being repaired several times and still leaking.
The terrace around it had a big crack, all the way along and the gap was getting bigger and bigger.

Because we were building the neighbour’s pool, the client liked the work we did and decided to start the Change.

The problem in Bonalba Golf is that the land is not stable and keeps dropping. That’s why the fibreglass pool is not a good option.

After removing the fibreglass pool and disposed it, as the two doors down neighbour`s pool, we found that it had only a thin concrete layer underneath and nothing around it, just sand( see the pictures above).
The concrete layer under the pool was also cracked, had no metal mesh in it and it had hollow areas underneath.
We’ve demolished this layer, disposed it, properly compacted the soil and started to build the new pool.

Also, we’ve built a Pump House for the pump, filter and Salt system.

The terrace is “Crazy Paving” or natural stone with the cream colour grout.

And the last, but not least, is the pool side wall, built with “Split” concrete block wall, also cream colour. 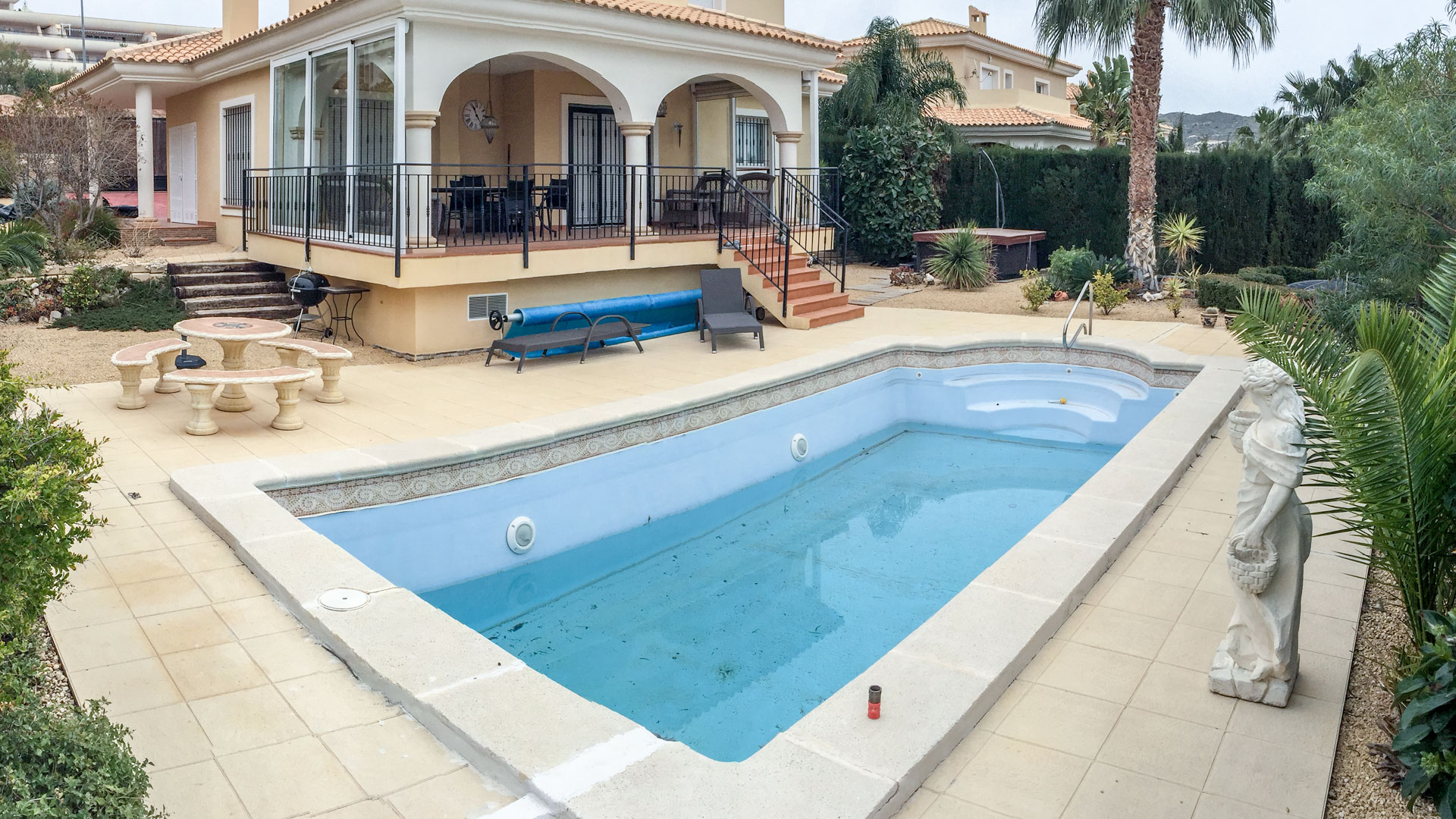 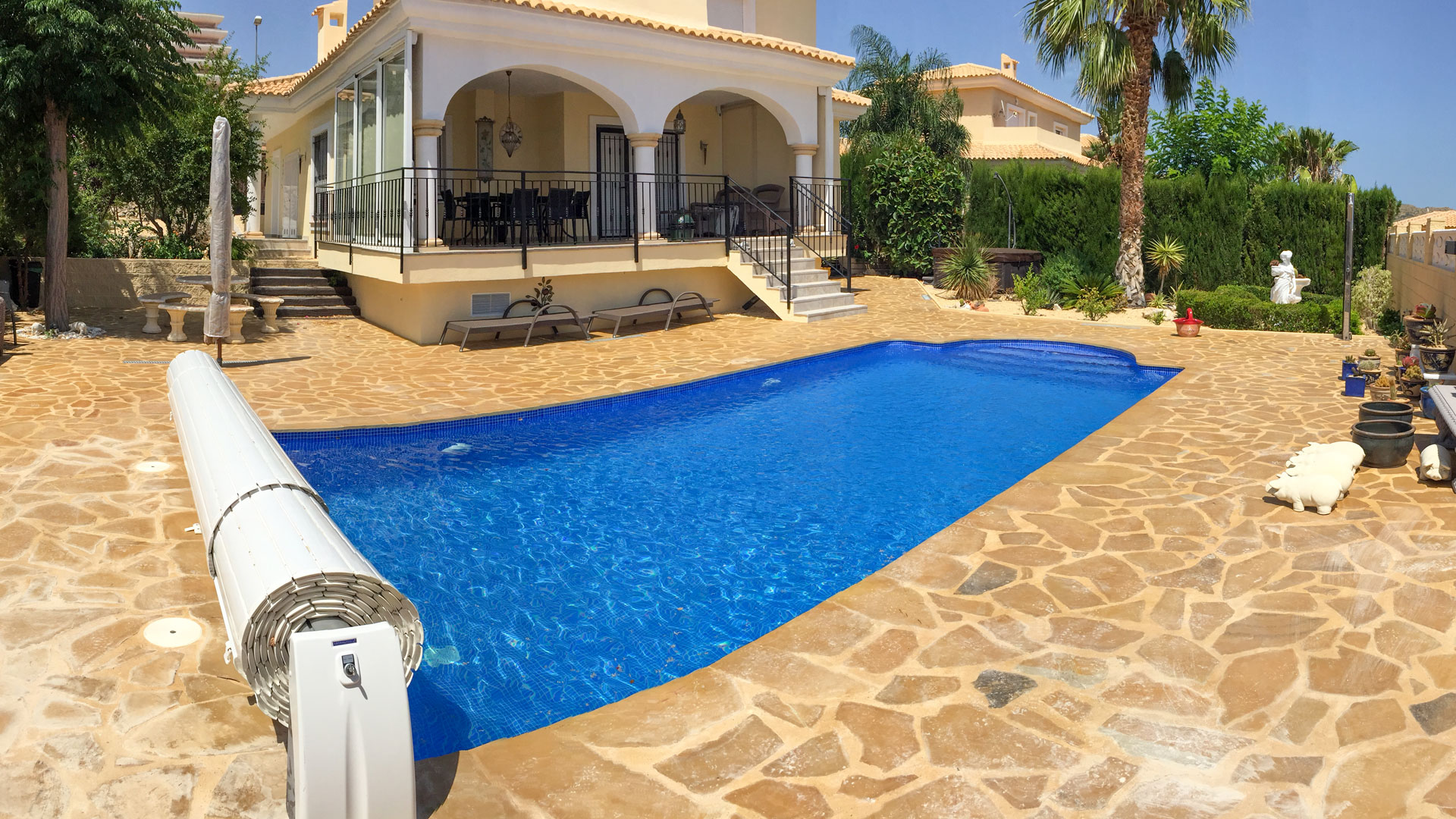 We’re happy to give free, no obligation quotes and estimates on your forthcoming Swimming Pool and Renovation projects